The American people probably won’t learn the Supreme Court’s decision in the groundbreaking case of Masterpiece Cake Shop v. Colorado until the court deigns to deliver its “wisdom” sometime before June.

We’ll all be holding our breath until then, waiting to know if Justice Anthony Kennedy feels like allowing us to have a few scraps of freedom.

My prediction: probably not. The First Amendment is dead.

Interestingly, the plaintiff in this case, a Christian baker named Jack Phillips, has made his appeal primarily on free speech grounds, arguing that his rights have been violated because he’s being forced to use his artistic talent to communicate a message that he does not support. Though he is also making a free exercise claim, it is secondary in nature.

That’s because Phillips would almost certainly lose if he hung his hat on the Constitution’s free exercise clause. I don’t mean to imply that I wouldn’t find a free exercise argument compelling, only that the court probably wouldn’t. If SCOTUS were to uphold his free exercise right not to be forced to be an unwilling participant in someone else’s wedding, it would mean overturning precedent, something the court is loath to do.

For credibility’s sake, the supremes have traditionally stood by previous decisions, even bad decisions like Employment Division v. Smith, a free exercise case that the court decided in 1990.

The case was brought by Alfred Smith, a member of Oregon’s Klamath tribe, who lost his job as a drug and alcohol counselor for using the psychedelic drug peyote, a controlled substance, and was subsequently denied unemployment benefits. Smith argued that his free exercise rights had been violated because he used peyote solely in the context of religious rituals sponsored by the Native American Church, of which he was a member. He took his case all the way to the Supreme Court … and lost.

There are a number of thorny issues surrounding the Smith case that would require a lengthy tangent to explain here. Suffice it to say that the case set a bad precedent and greatly diminished religious freedom in this country. SCOTUS came to two conclusions that we’ve been forced to live with ever since. They are:

The first of these conclusions is problematic because it speaks to motive. A law can be either constitutional or unconstitutional depending upon what the legislators were thinking at the time. Trying to divine legislators’ true motives seems like a fool’s errand — especially if they aren’t honest about their intentions — so my instinct is to discard motive as a guiding principle in favor of effect.

On the other hand, I can see that some laws really do find themselves in conflict with people’s religious beliefs and practices quite by accident. An example of this can be found in a 2003 case from Florida in which a Muslim woman, Sultaana Freeman, sued the state for not allowing her to have her driver’s license photo taken while wearing a niqab, a garment that covers all of the face except the eyes.

An argument could be made for creating a special accommodation for religious garb. After all, if she’s pulled over while driving she will be wearing her niqab, so her “face” will match her license photo. On the other hand, a photo ID is basically worthless if its bearer can obscure her face in the picture.

Though I can see the pros and cons of granting this woman an accommodation, it’s actually irrelevant. The question is not whether Florida should make special accommodations for Muslim women but whether it must.

The answer is no. Sultaana Freeman lost her case because the infringement upon her free exercise rights was incidental. The law wasn’t written to make her feel like a lesser citizen. It was written because people often need to prove their identities and because identities must be matched to faces.

The reason that free exercise claims have failed to protect private business owners from intrusive nondiscrimination laws is because supporters of such laws have countered that any infringement upon free exercise rights is entirely unintentional. Just as Sultaana Freeman was forced to yield to a law of general applicability, so too must Christian bakers, florists, and wedding photographers.

But is it really true? Are these “sexual orientation” nondiscrimination laws really aimed at no one in particular?

How anyone can make this argument with a straight face is beyond me. Just listening to the way supporters of these laws talk tells me that they harbor a deep animus against people of faith — hence all the talk of flying spaghetti monsters and creeping theocracy, the constant comparisons of Christian conservatives to ISIS, and the insane claims that religious zealotry is to blame for the Holocaust.

Supporters of these laws are the same people who maintain that restricting marriage to the union of a man and woman violates the Constitution’s establishment clause because religion alone could be the impetus. Then, when a Christian baker asks not to be forced to design a custom wedding cake for a same-sex wedding, they act as if religion has nothing to do with it.

A good example of someone who can’t stop betraying the true motives of such laws can be found in homofascism’s premiere sugar daddy, Tim Gill, a billionaire homosexual who uses his fortune to bankroll homosexual “rights” initiatives. Basically, he promotes nondiscrimination laws and opposes religious freedom laws.

Said Gill to a Rolling Stone reporter: “We’re going into the hardest states in the country. We’re going to punish the wicked.”

Punish the wicked? And who might that be, Mr. Gill?

Gill offers a clue that such laws aren’t actually comparable to the Florida law that so vexed Sultaana Freeman. The purpose of the Florida law is to establish a reliable form of identification, something the state has an actual interest in. It’s not intended to “punish the wicked,” and if it were we could logically infer that “the wicked” must be religious Muslim women.

It’s worth noting that none of the various state religious freedom initiatives Gill opposes say anything about homosexuals or wedding services either. Tim Gill simply infers that that’s what is meant.

But it’s true that Tim Gill didn’t explicitly mention Christians. He said only that he would go into the “toughest states” (the Bible Belt was clearly implied) and use his huge checkbook to crush religious freedom laws. “Punish the wicked” was a dog whistle that all of his supporters heard loud and clear. He was talking about religious “bigots,” and mostly about Christians. In other words, he was talking about Jack Phillips. His intention is to make them cry uncle or to watch as their life’s work is destroyed.

For a wonderful rebuttal to Gill’s nonsense, I’ll refer to The Federalist’s Bre Payton:

Ah, so ‘the wicked’ whom Gill says need to be ‘punished’ are indeed Christians, as well as everyone who agrees with them. Anyone who stands up for a Christian’s right to live in accordance with his or her religious beliefs will also be targeted for harassment in public and the legal system. Further, he clearly defines ‘wickedness’ as adhering to centuries-old Christian (and Jewish and Muslim) beliefs on human identity and sexuality. To Gill, orthodox Christian beliefs comprise ‘wickedness.’ Thanks for clearing that up.

The distilled version of Gill’s argument is that nondiscrimination laws apply to everyone, so shut up. This is not nearly the air-tight argument he thinks it is.

In days gone by, some states required poll taxes to vote. They applied to everyone, but they were often aimed at blacks even if the legislators who passed them wouldn’t admit it. They claimed it was about funding elections.

Prior to 2011, the U.S. military prohibited homosexual conduct in the ranks, a policy which I supported then as now. This was a law of general applicability yet some people — people like Tim Gill for example — believed that it targeted “gays.”

In short: Just because a law applies to everyone doesn’t mean that it isn’t aimed at someone in particular. The outrageous laws that Tim Gill pushes are aimed at people of faith and they therefore run afoul of the Constitution, even as interpreted in light of the Smith ruling. 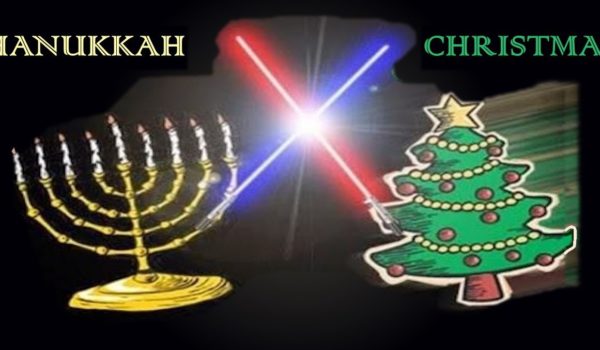 Happy Hanukkah! Here are 18 differences between Christmas and Hanukkah
Next Post
Political journalists have themselves to blame for sinking credibility