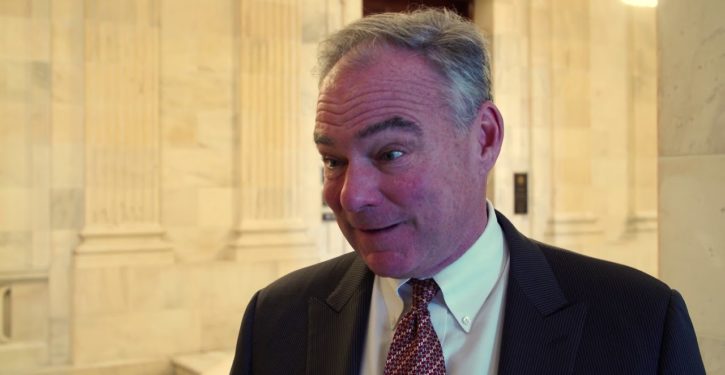 [Ed. – Could have been a heartbeat away from the president.]

Sen. Tim Kaine (D-Va.) is asking the Senate to turn over information about the number of sexual harassment claims and settlements against upper chamber members and their staffers in a letter sent the same day Sen. Al Franken (D-Minn.) announced his resignation amid allegations of sexual misconduct.

The 2016 Democratic vice presidential nominee told the Senate Office of Compliance — the office tasked with handling congressional workplace complaints — that “in the interest of transparency,” he plans to release the data.

“I plan to publicly disclose this information because I believe it will provide some insight into the scope of the problem and help determine solutions for preventing and addressing future incidents,” Kaine wrote.

Kaine added that he will not release information that would “breach any confidentiality agreement between the parties or the identities of the survivors and the accused.”

The Virginia senator argued that the problem will continue to persist in the congressional hallways if information about sexual misconduct continues to be held behind lock and key.