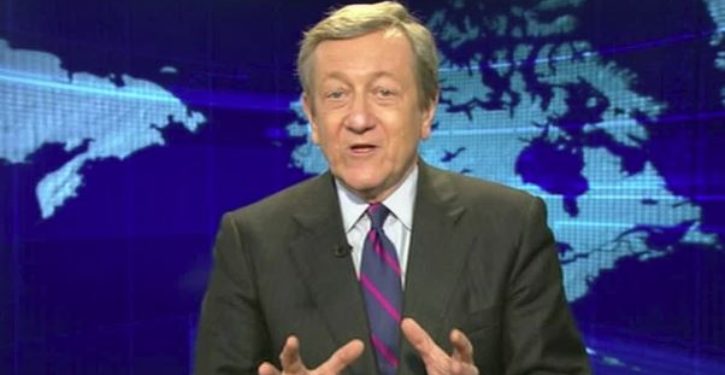 [Ed. – Will he be made to answer for driving the stock market down by 350 points on Friday, or is that simply the price the nation pays for having a free press?]

ABC News has announced that Brian Ross would be suspended for four weeks without pay “effective immediately.”

“It is vital we get the story right and retain the trust we have built with our audience – these are our core principles. We fell far short of that yesterday,” the network said in a statement on Saturday. “Effective immediately, Brian Ross will be suspended for four weeks without pay.”

It’s not the first time Ross has come under fire for playing fast and loose with the facts, either. In 2012, he falsely suggested that the Aurora shooter Jim Holmes had been a member of the Colorado Tea Party — he was not.

That flub also resulted in an on-air clarification from Ross. …