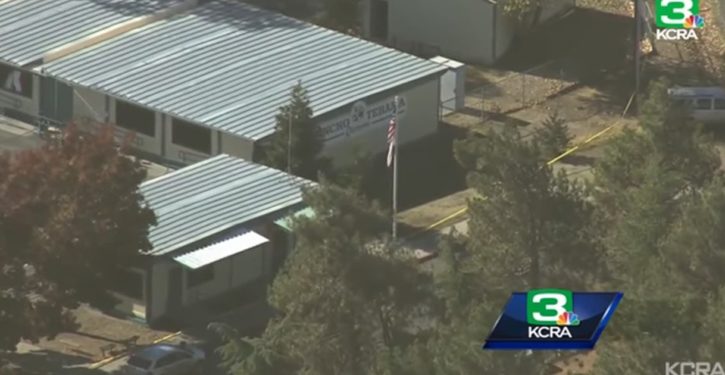 [Ed. – This still-breaking story may be updated with additional fatalities.  The gunman — now dead — hasn’t been identified yet, but there are indications that neighbors had previously reported they thought he was crazy, and behaving dangerously with guns.  The rampage started at or near his home and moved to nearby streets, ending at an elementary school.]

The gunman was fatally shot by sheriff’s deputies. His name has not been released. The Tehama County Sheriff’s Office said that it was dealing with seven crime scenes and that 10 victims were being treated for injuries.

Officials don’t have a motive for the attack but said the gunman seemed to fire at random and might have been in some type of dispute with neighbors.

The gunfire began around 8 a.m. in Rancho Tehama, near Red Bluff, about 120 miles northwest of Sacramento.

“It was all over in about 45 minutes,” Assistant Sheriff Phil Johnston said.

A semi-automatic rifle and two handguns were recovered after deputies shot and killed the gunman.