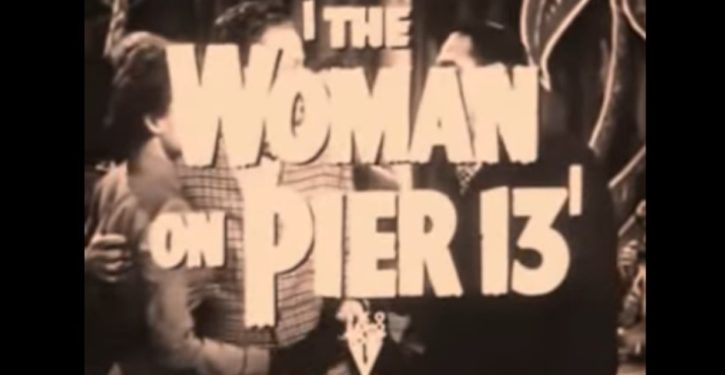 [Ed. – This could make an interesting counterpoint to both the Bolshevik-style Antifa campaign that is supposed to start this weekend, and the 100th anniversary of the Bolshevik revolution whose central date is 7 November (Tuesday).]

Conservatives accustomed to nonstop leftism from Hollywood should set their DVRs to record an incredible movie – one of my favorites – being shown tonight on Turner Classic Movies, at 12:30 AM Eastern, 9:30 Pacific.  The film in question is now titled The Woman on Pier 13, but its original title is much more descriptive: I Married a Communist. …

The story is a classic film noir – a dark tale of deceit and corruption, with the hero betrayed by a femme fatale, wonderfully played by Janis Carter, whose character is the focus of personal and communist evil.