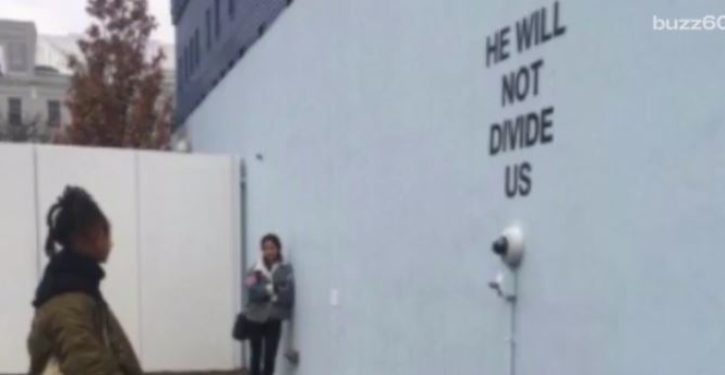 [Ed. – In France.  LaBeouf’s been having a tough time finding a home for his public protest installation.  He got driven out of Queens, where he first set it up, after he, er, instigated some violence over it.  It’s traveled to a few places since, and doesn’t seem likely to last long in the latest of them (Nantes, France).]

American actor Shia LaBeouf’s artistic protest against US President Donald Trump has been attacked again — this time by vandals using a flaming drone in western France where it went on display this month.

The project, which features a white flag with the words “He Will Not Divide Us” filmed round-the-clock by a camera, has already moved several times from New York, to New Mexico and to Liverpool in Britain because of security problems.

Now installed above an art gallery in an old biscuit factory in the French city of Nantes, the flag came under attack overnight Tuesday-Wednesday by a drone, which attempted for several minutes to set it on fire.

The remotely-piloted arson attempt failed when the drone crashed.