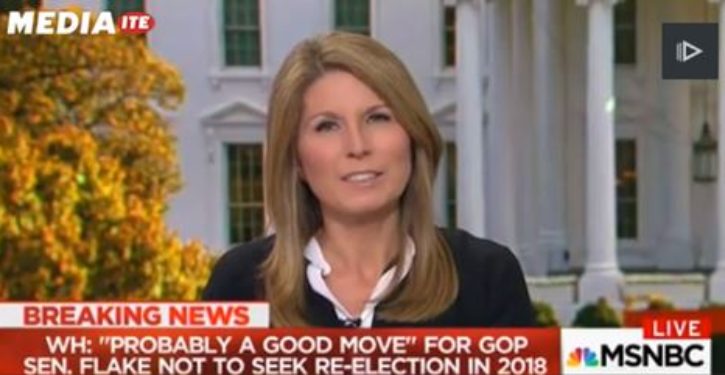 [Ed. – The secret is out! The entire Trump team is composed of cyborgs. How did Nicole Wallace ever find out?]

This afternoon, Washington was hit by the blockbuster news that Sen. Jeff Flake (R-AZ) would not seek re-election next year. …

During a panel discussion on MSNBC, host Nicolle Wallace weighed in on the extraordinary day by questioning the very humanity of the White House and administration. After MSNBC contributor Charlie Sykes said that there was a form of “Stockholm Syndrome” going on in the Republican Party when it comes to Trump, adding that GOPers only feel free to speak out after they unshackle themselves from the party, Wallace made the following observation:

“I want to bring this back to this concept, [MSNBC contibutor] Elise Jordan, of deflection, of projection, a lack of irony and sort of a lack of — there’s no capacity for humanity, these do not appear to be human beings. They trotted General Kelly out as a human shield last week, a political human shield to take the swings that Donald Trump wasn’t man enough to take for himself, for the disgrace––he was a disgrace last week, the way he treated the… widow of a fallen soldier. They trotted Kelly out there like a human shield.”

TV execs scramble to stop plummeting NFL ratings, consider canceling Thursday night games
Next Post
The 45-foot-tall statue of a naked woman that was to appear on the National Mall won’t 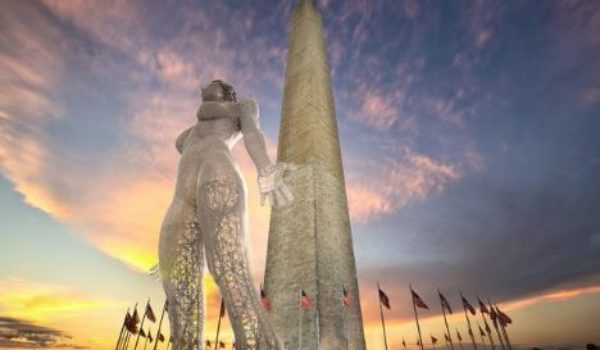