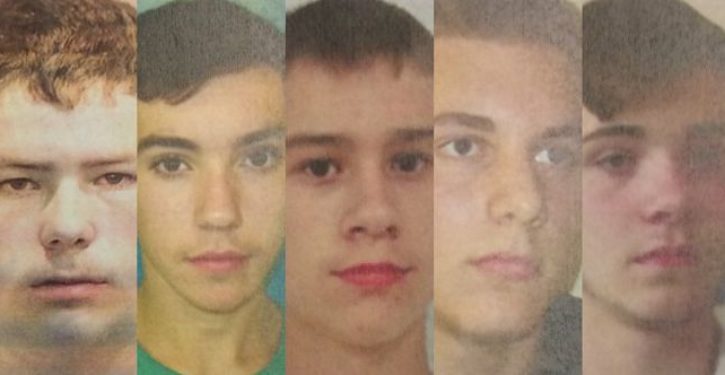 The five teenagers accused of throwing more than a dozen rocks from a highway overpass – including one that pierced a van’s windshield and killed a 32-year-old Mt. Morris man – were arraigned in court on Tuesday, Oct. 24, on second-degree murder and other charges.

The teens were arraigned before Genesee District Judge William H. Crawford II on Tuesday, Oct. 24 on charges of second-degree murder, conspiracy to commit second-degree murder, malicious destruction of property and other felony and misdemeanor charges in connection with the death of Kenneth A. White.

Families for both White and the suspects were in the courtroom as Crawford read off the charges for each suspect.

Those charged include 17-year-old Kyle Anger, 16-year-olds Mark Sekelsky and Mikadyn Payne, along with 15-year-olds Alexzander Miller and Trevor Gray, all of Clio.

Crawford denied bail for all five citing “the seriousness of the nature of these charges and the danger to the public.”

Colin Kaepernick lands million-dollar book deal
Next Post
To the DNC’s chagrin, Bernie Sanders will seek re-election as an independent