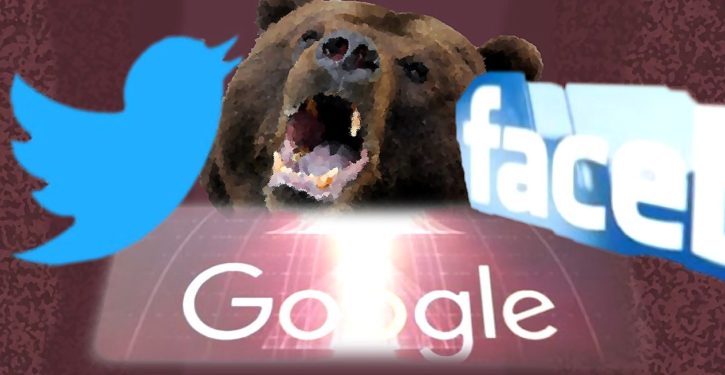 [Ed. – Wrote about this last week.  Clearly the theme is being pushed hard.  The two major problems are (a) there is nothing about Russian interaction with the U.S. 2016 election that demands institutionalizing this level of embeddedness between government and media — there is no crisis to react to; and (b) the implied joining at the hip — having government and media companies collaborating on comprehensive monitoring of the media-using public — is the most dangerous situation conceivable for civil liberties.]

Under siege for letting their platforms be co-opted by Russian hackers during the 2016 election, Silicon Valley companies are learning what many businesses with interests in Washington have long known: It pays to have staff with government security clearances.

[S]enators from both parties have proposed a bill calling for strict record-keeping and disclosure of who’s paying for online political ads. To stave off regulatory moves in Washington, the companies must convince lawmakers they’re able to combat a reprise of what happened in last year’s campaign.