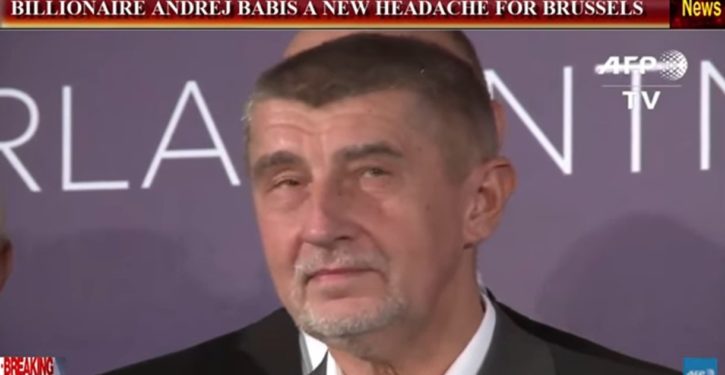 [Ed. – That’s two in just the last few days, including the right-wing victory in Austria.  The common threads are “Euro-skepticism” and opposition to EU migration policies.  With the number of competitive parties in the Czech Republic, one party getting nearly 30% is pretty amazing.]

With an estimated fortune of over four billion, ANO [YES] party leader Andrej Babis is even wealthier than U.S. president Donald Trump, and has used his wealth since the 2011 founding of his party in a crusade to change Czech politics. Originally founded to oppose government corruption, [his ANO (YES)] party has since come to oppose the Euro currency, European Union federalism, and mass migration. …

The count for this remarkable election is now all but complete, with Czech billionaire and populist leader Andrej Babis leading a party commanding 29.66 per cent of the vote — a significant proportion given the largest party in the last election in 2013 only achieved 20.45 per cent of the vote.

That same Social Democrat party — known as the orange party in Czechia for their corporate colour scheme — has this time recorded their worst ever result, reports Czech newspaper Lidovky, at just 7.7 per cent, putting them in sixth.