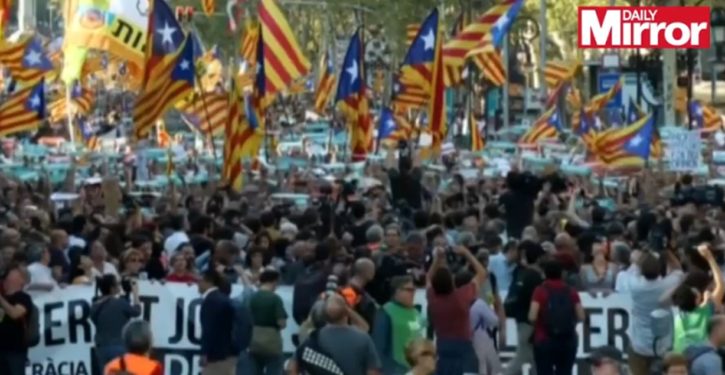 [Ed. – It continues to seem unbelievable that this situation might escalate to real, kinetic instability.  Whatever happens, the rest of Europe is watching closely.  We have no dog in Catalonia’s fight, but seeing the issue forced would present NATO, as much as the EU, with questions I don’t think the Western leadership is prepared with well-reasoned answers for.  Globalists and despisers of nationalism would find “positives” in a crack-up of Spain.  A cracked up, denatured “Spain” would certainly be easier to override from Brussels.  Conundrums for all sides in this one.]

Nearly half a million people have vented their fury on the streets of Barcelona in a huge protest as the Catalan crisis deepens.

Activists waved the Catalonian independence flag as tempers boiled over after the Spanish Prime Minister said he wanted to dissolve Catalonia’s government.

Police have said that around 450,000 separatists took part in the rally, furious with today’s bombshell.

It had earlier emerged that the region’s top politician could face arrest if he declares independence, and Madrid now plans to hold Catalan regional elections in January. 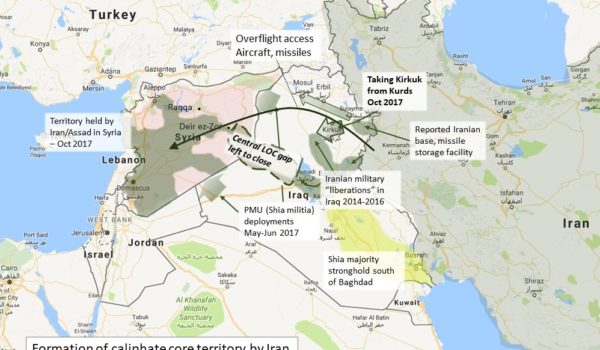