[Ed. – This move has reportedly been in the works for some time.  It appears it has reached the stage where it’s overt and being acknowledged, at least in Pakistan.  Gertz mentions a second location near Karachi that the Chinese have been interested in as well.  It’s a significant expansion of China’s forward footprint.  India will not be pleased.  Note: although China has been working on this for years, the impetus to start moving faster and more overtly comes in large part from the aggressive combined posture of Russia and Iran, which will be transformative for the west end of Asia.  China can’t afford to sit still or keep moving at a snail’s pace.]

After opening its first foreign military base near the Horn of Africa, China is preparing to build a second military facility in Gwadar, Pakistan.

The two sites when completed will provide Beijing with a strategic naval presence near the oil-rich Middle East shipping routes used to send supplies to China.

According to sources in Pakistan and the surrounding region, China has begun expanding the port facility on the Arabian Sea to handle large naval vessels. Additionally, the Chinese also are upgrading Gwadar International Airport so that it will be capable of handling heavy military transports.

As of September, several hundred Chinese nationals were working in Gwadar, including senior People’s Liberation Army officers. Scores of additional military personnel arrived in the port over the past month. 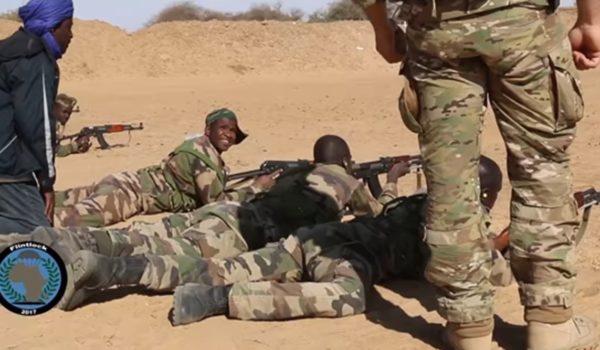