It happened during a panel discussion on “The View” Monday after James Corden made a joke during the amfAR gala Friday night that related to the numerous sexual harassment and sexual assault allegations against Harvey Weinstein.

“Last week everyone was saying the late night hosts didn’t mention the Weinstein scandal,” Sunny Hostin explained. “But you know they were always making jokes about Roger Ailes and Bill O’Reilly. ‘SNL’ [Saturday Night Live] took a hit for not saying anything. Now you have ‘SNL’ doing something. You have James Corden doing something, and now it’s, ‘oh, it’s in poor taste, it’s too soon.’”

“Why?” Joy Behar quipped. “Rose McGowan particularly singled out Corden. I really don’t think that it’s appropriate to attack comedians. We’re on the right side of things. ” 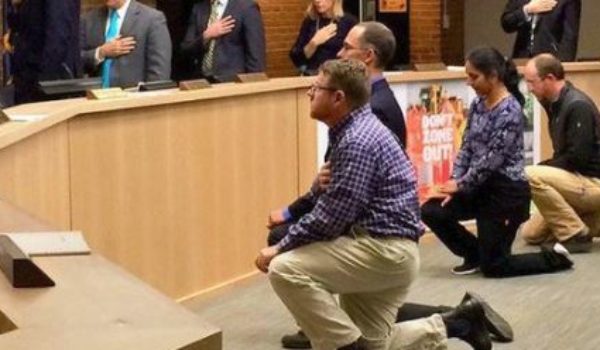