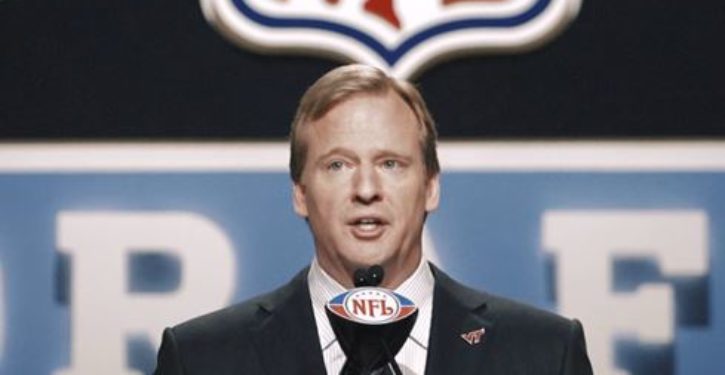 [Ed. – The NFL is really taking the sports out of football, not to mention the reason fans watch.]

Protests around professional sports have been nothing if not polarizing, especially considering President Donald Trump’s persistent war of words with athletes who use the national anthem as a platform for activism, but player demonstrations may have fueled NFL support for legislative change at the federal level.

CBS Sports NFL Insider Jason La Canfora reported two weeks ago that Roger Goodell has maintained a steady dialogue since this summer with many civic-minded players, including Malcolm Jenkins of the Eagles, Michael Bennett of the Seahawks and Anquan Boldin, who abruptly retired before the season. Goodell and the players have been working on ways that the NFL can assist them in their community endeavors, an effort that began well before the president made remarks critical of NFL players.

And, now, it appears those efforts have grown into formal league action.

ESPN’s Jim Trotter reported via Twitter Monday that “the NFL is going to formally endorse criminal justice legislation” that surfaced early in October and has garnered support from several players “lobbying for” reformed sentencing guidelines. NFL Network’s Judy Battista later confirmed via league spokesman Joe Lockhart that the NFL would do so.