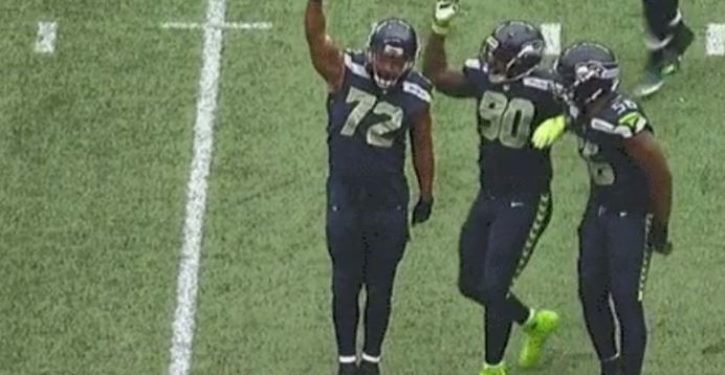 [Ed. – Here’s hoping the offense can hear the quarterback calling signals over the echo of his voice reverberating through an empty stadium.]

After NFL commissioner Roger Goodall waved the white flag of defeat, and sent out a memo, stating all players should “stand for the anthem,” the whiny, low-info players have vowed a massive rebellion.

The players say they will rise up against fans and the league in order to keep pushing their progressive Black Lives Matter agenda.

NFL ratings and ticket sales are tanking, which promoted Goodall to send the memo, pushing team owners to crack down on their players.

Tampa Bay Buccaneers defensive lineman Gerald McCoy … said he thinks there might “be an uproar” if NFL players are forced to stand for the national anthem.

“I don’t think guys are gonna like it,” McCoy said, when asked about the possible reaction from players. “I think it’s gonna be an uproar if that is to happen because you’re basically taking away a constitutional right to freedom of speech. If guys wanna have a, I guess you would call it a peaceful protest, I don’t think it’s right to take that away.”McCoy, an eight-year veteran and one of the Bucs’ defensive captains, said he does not plan on kneeling during the anthem.