[Ed. – ESPN should be next on the list of NFL-related entities that fans desert en masse.]

On the same day that Jemele Hill was suspended from ESPN for tweeting about politics, another network personality, Michael Wilbon, compared Dallas Cowboys owner Jerry Jones to a slave owner.

Mr. Wilbon, co-host of “Pardon the Interruption,” took issue with Mr. Jones’ stance that players who do not stand for the national anthem before football games will not play.

“And the word that comes to my mind―and I don’t care who doesn’t like me using it―is plantation,” Mr. Wilbon said on Monday’s show. “The players are here to serve me, and they will do what I want. No matter how much I pay them, they are not equal to me. That’s what this says to me and mine.”

The take-a-knee protests roiling the NFL escalated once again on Sunday, when Vice President Mike Pence walked out of the Indianapolis Colts-San Francisco 49ers game, after 23 members of 49ers did not stand for the anthem.

Later that day, after his team’s loss to the Green Bay Packers, Mr. Jones told reporters that players who refuse to stand for the anthem will be benched.

California’s breakup with the NFL
Next Post
Stupid Dem Tricks: This time it’s Pelosi who shows off her tenuous grasp of the gun debate 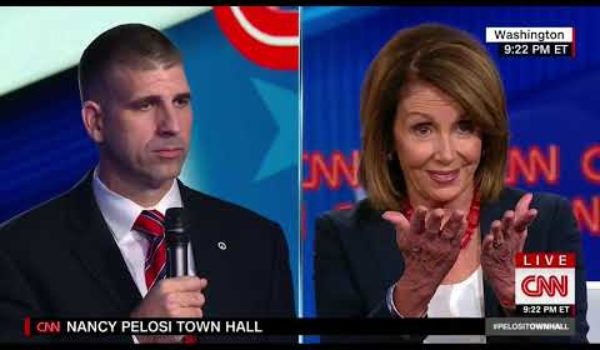