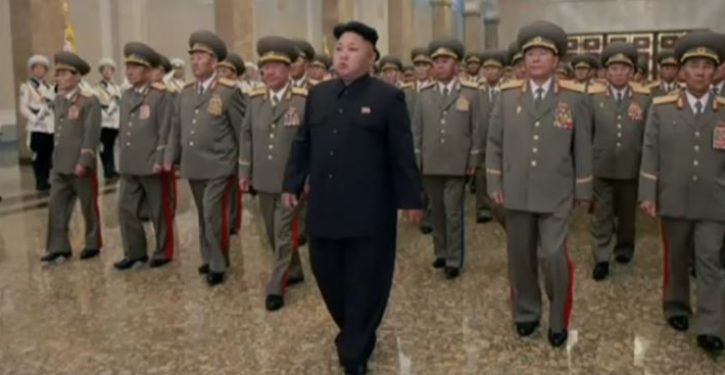 Hackers from North Korea are reported to have stolen a large cache of military documents from South Korea, including a plan to assassinate North Korea’s leader Kim Jong-un.

Rhee Cheol-hee, a South Korean lawmaker, said the information was from his country’s defence ministry.

The compromised documents include wartime contingency plans drawn up by the US and South Korea.

They also include reports to the allies’ senior commanders.

The South Korean defence ministry has so far refused to comment about the allegation.

Plans for the South’s special forces were reportedly accessed, along with information on significant power plants and military facilities in the South.

Mr Rhee belongs to South Korea’s ruling party, and sits on its parliament’s defence committee. He said some 235 gigabytes of military documents had been stolen from the Defence Integrated Data Centre, and that 80% of them have yet to be identified.

French schoolgirl, 10, ‘beaten up for being Jewish after classmates taunt her for days’
Next Post
Hundreds of suspected Islamic State militants surrender in Iraq