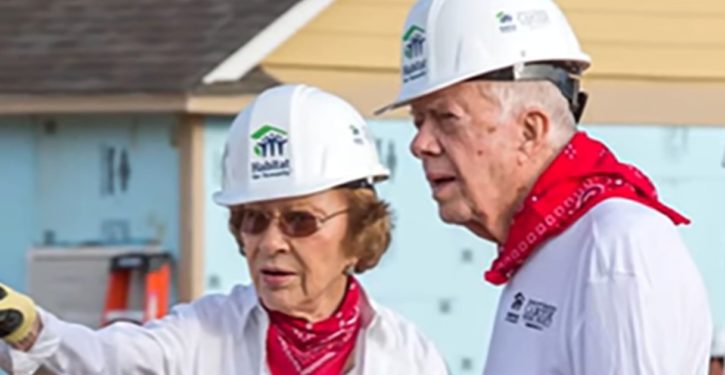 “Carter wants to meet with the North Korean leader and play a constructive role for peace on the Korean Peninsula as he did in 1994,” Park Han-shik told the newspaper.

Park, who met with Carter, is the professor emeritus at the university’s School of Public & International Affairs.

“Should former President Carter be able to visit North Korea, he would like to meet with North Korean leader Kim Jong-un and discuss a peace treaty between the United States and the North and a complete denuclearization of North Korea,” Park told the paper.

SCOTUS strikes down one of two appeals court stays on Trump travel restrictions
Next Post
On Facebook, Russian trolls shamefully reposted a bunch of stuff already posted by Americans