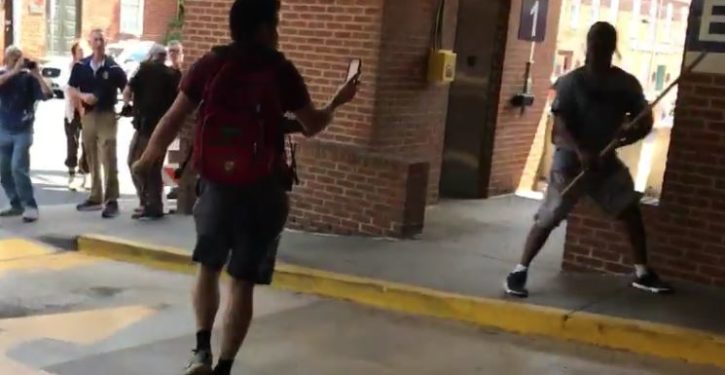 Deandre Harris, the black man seen being beaten on video by white nationalists in Charlottesville, Va. during the “Unite the Right” rally in August, is now facing a felony charge.

A magistrate issued the warrant Monday. Harris is accused of attacking another man first, and is wanted on charges of unlawful wounding.

A police detective “verified” the alleged victim’s claims, according to a statement from Charlottesville Police.

Exclusive footage recorded by The Daily Caller News Foundation during the August rally captured the moment at least five individuals brutally attacked Harris with an array of blunt objects.

The Charlottesville Police released a statement detailing the charge against Harris.

“On today’s date, a warrant was issued for Deandre Shakur Harris (B/M; 20 years of age; resident of Suffolk, Virginia) in relation to an assault that occurred on August 12th in the area of the East Market Street parking garage,” police said.