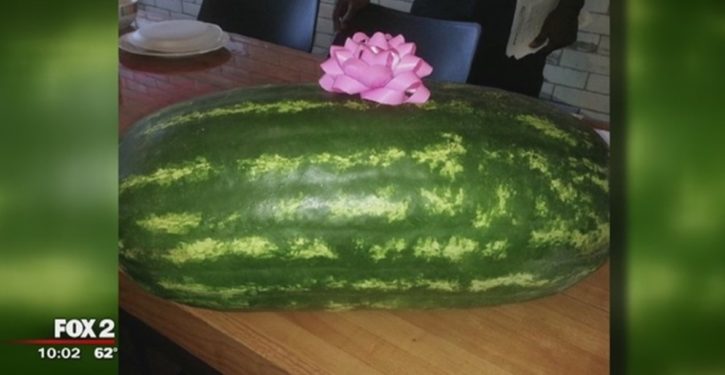 Last Monday, 41-year-old Robert Pattison went to introduce himself to his fellow firefighters at Engine 55 at Joy and Southfield in Detroit.

And Pattison, a probationary firefighter, decided to bring a watermelon wrapped in a pink ribbon.

We’re told some African-American firefighters were instantly offended since 90 percent of the people who work at Engine 55 are black.

FOX 2 spoke to Pattison by phone who claims it was not a joke – and he did not mean to offend his fellow firefighters. …