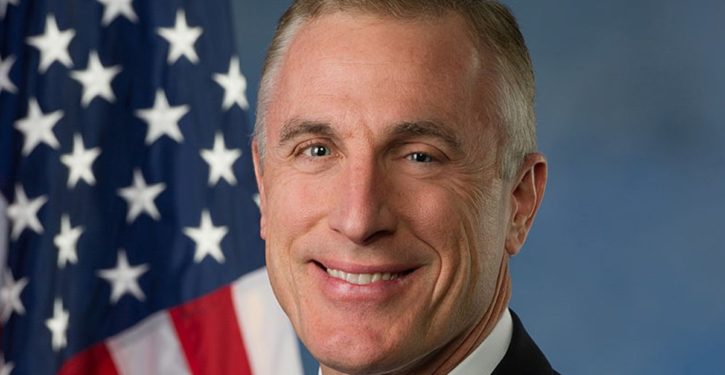 [Ed. – The right thing to do, clearly.  He couldn’t have finished out his term with any credibility, or ability to focus on his constituents’ concerns.]

Rep. [score]Tim Murphy[/score] (R-PA) has resigned, just a day after saying that he was going to retire at the end of his term. Earlier this week, texts from Murphy’s mistress allege the pro-life congressman urged her to have an abortion during a pregnancy scare. (Fortunately, she was not actually pregnant.) He confessed to the affair in September.

Murphy’s resignation will be effective on October 21. Speaker of the House [score]Paul Ryan[/score] (R-WI) announced that Murphy had resigned shortly after 4 p.m. on Thursday. …

Murphy’s district, Pennsylvania’s 18th, is considered to be a safe district for Republicans. He did not have an opponent in the 2014 or 2016 elections. Trump won the district by 19 points.