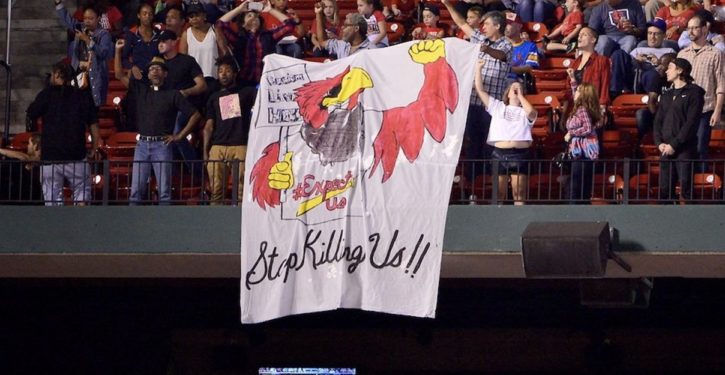 No justice, no baseball. (Image: The Hill via Twitter)

[Ed. – In St. Louis – what a surprise.  Is it progress that it was protesters this time, and not the players?  Or is it just everything moving sideways?]

Protesters unfurled a banner and chanted slogans during a Major League Baseball game between the St. Louis Cardinals and the Milwaukee Brewers on Friday, according to reports.

Demonstrators in St. Louis unfurled a banner reading “Stop Killing Us,” displaying the Cardinals’ mascot in the stands Friday during the game while chanting “No Justice. No Baseball” and “You can’t stop the revolution,” Reuters reported on Saturday.

The group was escorted out of the stadium by authorities where they met up with hundreds of other protesters for a march that was broken up by police wearing riot gear and carrying pepper spray. At least two protesters were arrested, according to the news service. 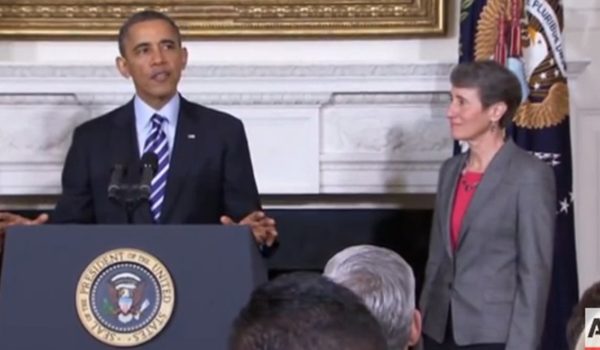