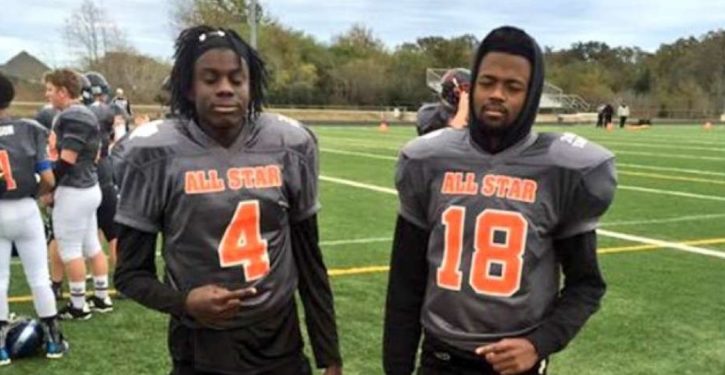 Two Victory & Praise Christian Academy football players were kicked off the team for protesting during the national anthem at a game Friday night.

Cedric Ingram-Lewis raised his fist while cousin Larry McCullough knelt during the anthem ahead of the team’s game against Providence Classical.

After the anthem ended, head coach Ronnie Mitchem instructed them to take off their uniforms and kicked them off the team. Mitchem is a former Marine and pastor who started the church-based football program in Crosby six years ago. …

The coach had told players he did not want anyone to kneel, citing his service in the military.

Trump resists media war, with response to angry blast from Puerto Rican mayor
Next Post
Facebook in close contact with Hillary campaign aides in 2016, despite denials of bias