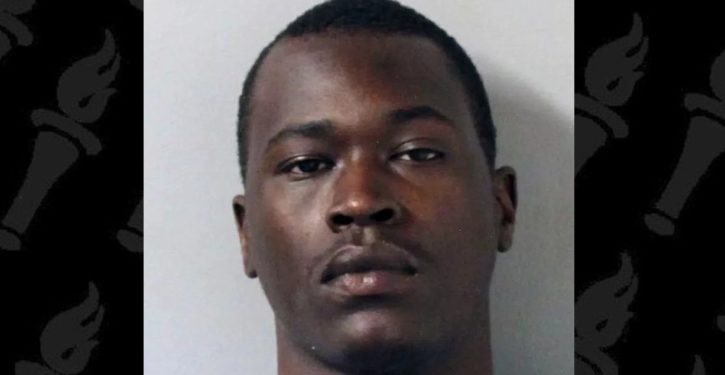 [Ed. – I recall reading somewhere that the shooter, Samson, had been seen at the church before, but it was some time ago.  His name — Emanuel — indicates that he would have a Christian background.  (He immigrated from Sudan in the 1990s.)  Absent any telling indicators, this appears to be racial, and not religiously motivated.  John Sexton notes the information is unconfirmed, but it’s certainly possible.]

Emanuel Kidega Samson, the man who murdered a woman at a small Nashville church Sunday, may have been motivated by revenge. When I wrote about the unfolding story, I noted that police hinted at having some information about Samson’s motive which they were not ready to discuss. Today, the Associated Press reports there was a letter found in his car which mentioned the 2015 shooting at a church in Charleson, South Carolina by racist gunman Dylann Roof:

A note found in the car of a man charged with spraying deadly gunfire at a Tennessee church made reference to revenge for a white supremacist’s massacre at a black church in Charleston, South Carolina, two years earlier, law enforcement officials told The Associated Press…

The Associated Press has not viewed the note, but it was summarized in an investigative report circulating among law enforcement.