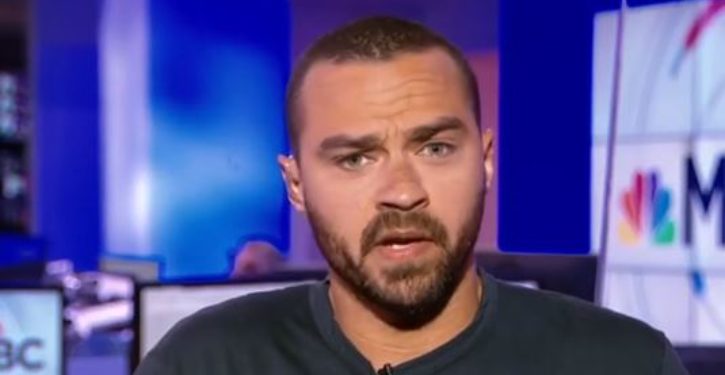 [Ed. – Yep. It was first sung over a hundred years ago to convince ‘boys and girls to go kill people.’ And this guy makes buckets of money!]

While appearing on Sunday’s edition of MSNBC Live with Thomas Roberts, Grey’s Anatomy actor Jesse Williams went off on a basically fact-free rant, claiming that the national anthem is a scam invented by the government in the last few years “to get boys and girls to go fly overseas and go kill people.”

Williams stated that he wanted to see the owners speak, since “there is an entire league of people, a league of owners, blocking this man and others from being able to fulfill their dreams and do what they’be been able to do. This league is rife with mediocre white quarterbacks that are not as good as Colin Kaepernick.”

But Roberts egged the actor on to talk about Trump and whether or not the president was “gaslighting people” by saying that his supporters could do whatever they wanted, and that he wasn’t calling for an NFL boycott. Williams finally broke into a “fake news” tirade, with this rant aimed at the national anthem and NFL owners. … 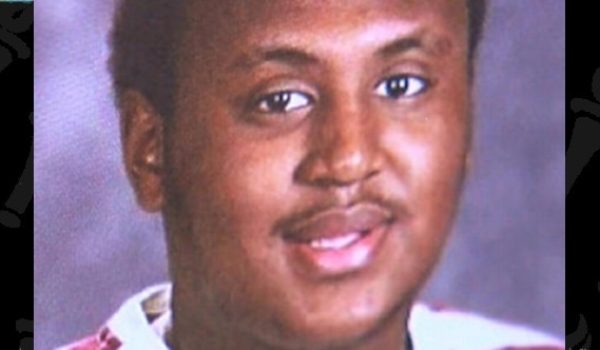 Minn. authorities say motive of Muslim who stabbed people while screaming ‘Allahu akbar’ unclear
Next Post
Cartoon of the Day: Flipping out 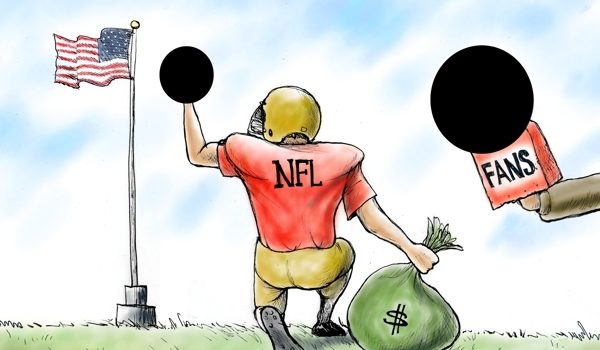