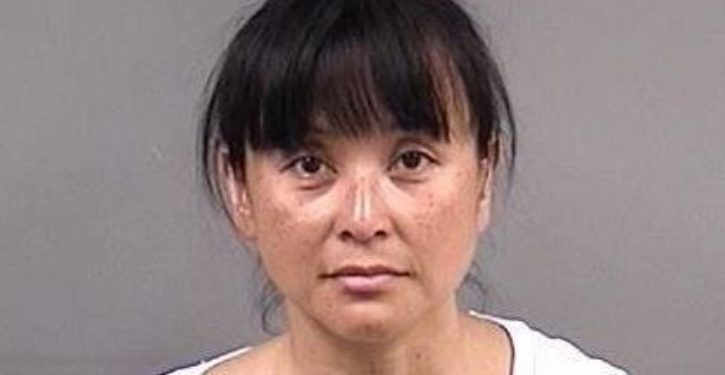 [Ed. – She’s a teacher yet. How would you like to have her be in charge of your children during the day?]

Felarca, a 47-year-old middle school teacher who leads the Coalition to Defend Affirmative Action, Integration & Immigrant Rights and Fight for Equality by Any Means Necessary (BAMN), was arrested following a scuffle with demonstrators who had turned out for a Patriot Prayer rally.

Images and video obtained by Campus Reform appear to show Felarca being surrounded by numerous police officers in riot gear in the middle of the street. According to an eyewitness on the ground, the activist was then taken to the back of a police car that promptly left the scene.

Felarca, an organizer of many anti-fascist demonstrations in Berkeley, has a history of publically advocating for violence against her political opponents.

Earlier in the summer, Felarca was arrested and charged with inciting a riot after she openly punched a member of a white nationalist organization who was peacefully protesting in the street. 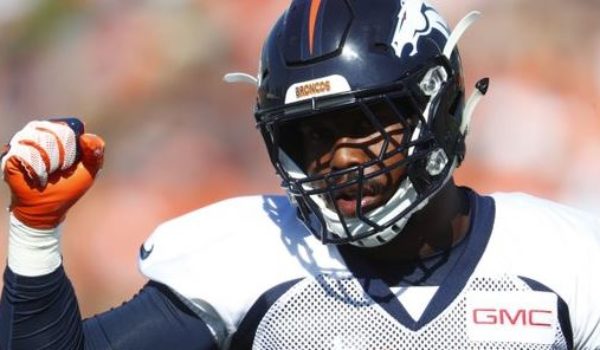 Super Bowl 50 MVP loses endorsement deal after kneeling for anthem
Next Post
CNN’s Acosta: Is Trump ‘trying to wage something of a culture war?’