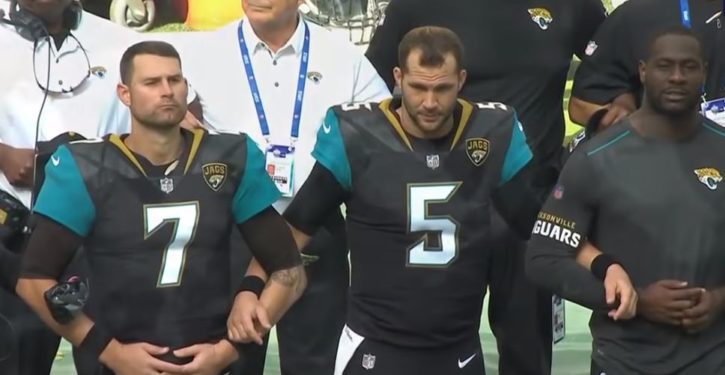 [Ed. – The author mentions that the owners are billionaires but omits the fact that the same is true of the players.]

The image was striking — several owners of N.F.L. teams locking arms with their players on the sidelines Sunday in a dramatic statement of defiance to a president who ridiculed their sport and condemned players for refusing to stand during the national anthem as a protest against racism.

And then on Monday night, the league’s most prominent owner knelt with his entire team.

Beyond the appearance of unity, though, is a far different reality: The owners have done little to support players who protest to fight social injustice. A few owners have told their players that kneeling for the anthem is inappropriate.

The owners by and large are a white, conservative group of billionaires, several of them big-dollar donors to President Trump. They have generally discouraged their players, about three quarters of whom are African-American, from anything that overshadows throwing passes and making tackles.