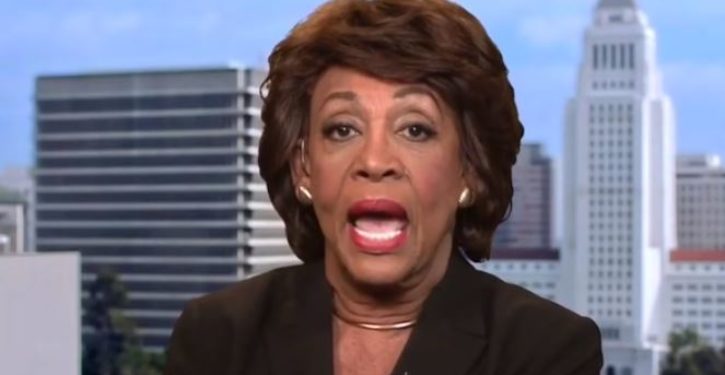 [Ed. – Better to be that than to be an uneducated fool, like Waters.]

What did she say?

“Look at Ben Carson. My God. My grandmother would call him an educated fool,” she said.

“Here’s a man who has a reputation of being a highly competent surgeon,” she added, “but when he talks about poor people, he says they’re the cause of their poverty. He doesn’t understand why you didn’t do what he did and why you didn’t make it like he made it. And he doesn’t know the difference between slavery and immigration.”

What was she referring to?

Carson was castigated by the left for saying in May that poverty was a “state of mind.” While he was trying to explain that many poor people put mental obstacles in their own way to keep them from succeeding, the left, like Waters, made it appear that he was blaming poor people for their economic condition.

Waters also referred to another controversial statement from March, when Carson compared immigrants to slaves.

Voter confidence in U.S. as world’s most powerful nation rises
Next Post
Trump calls for boycotts of NFL teams whose players refuse to stand for national anthem