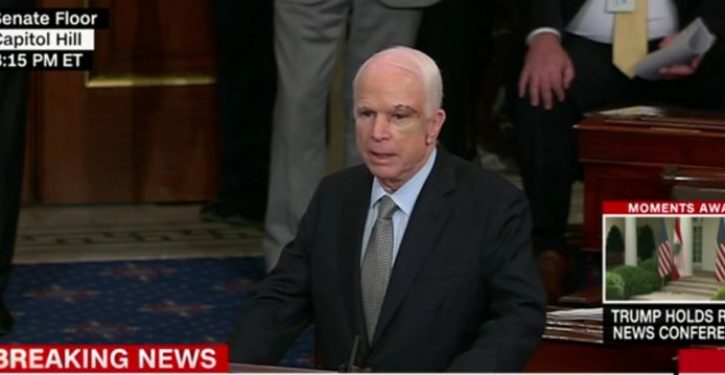 [Ed. – His service to the country will take a back seat to his treachery in Congress.]

It is not possible for Congress to pass a comprehensive bipartisan solution to healthcare reform. That much is incontrovertible.

But in a statement announcing his opposition to the Graham-Cassidy legislation — one that signaled it was as good as dead — Sen. John McCain, R-Ariz., argued bipartisanship was a necessary component to such efforts, so as not to “leave the American people guessing from one election to the next whether and how they will acquire health insurance.”

Citing a bipartisan thrust for solutions made by Sens. Lamar Alexander, R-Tenn, and Patty Murray, D-Wash., McCain stated, “I believe we could do better working together, Republicans and Democrats, and have not yet really tried.”

Even Alexander, however, concedes their effort would be “small,” something that “puts out the fire” but doesn’t make the industry flame retardant.

Republicans want less government, Democrats want more. Substantive reforms cannot do both. If lawmakers wish to pass substantive reforms, and the argument that it’s necessary to do so is sound, they must realize they will not be able to find enough common ground to proceed. 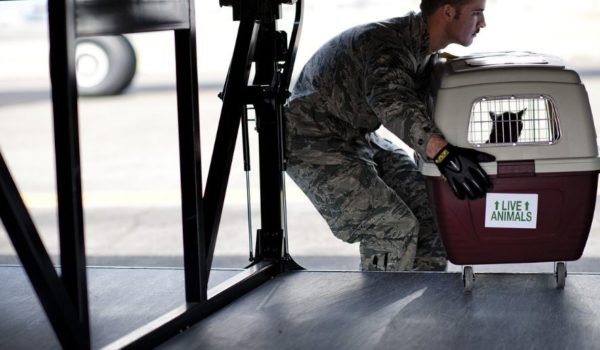