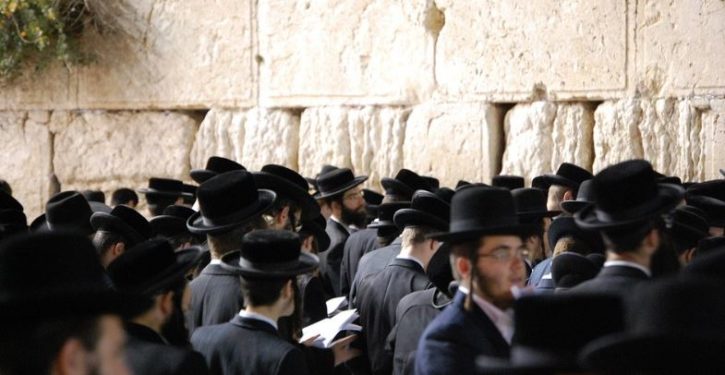 Something zesty to cleanse the palate. Remember her? Outed as a CIA analyst by Richard Armitage in Plamegate, she was a cause celebre of the anti-war, anti-Bush left in the middle of the last decade, right around the time that Cindy Sheehan was. Sheehan turned out to be a bit … eccentric politically, but oh well.

The politically correct term is “globalists” but we live in a politically incorrect age. Anyway, much outrage and dark humor ensued on Twitter after she tweeted that, leading to Plame’s first ill-advised attempt at spin. Chill out, she responded. The piece is provocative but “many neocon hawks ARE Jewish.” Set aside your biases and think clearly. …

Mandatory labeling of Jews as Jews in public is pretty thought-provoking. Further outrage and dark humor then ensued over her willingness to double down, until someone apparently pulled her aside and convinced her to retreat, which she did, furiously. …

The media have a probability problem
Next Post
Zuckerberg zinged by Left and Right after vowing to protect U.S. elections from outsiders