[Ed. – Besides having no message, because they envision no future, the Democrats have this insuperable problem: they literally hate — demonize, vilify — the very people they would need to court to become a truly national party again.  “White” isn’t the issue.  “Middle class” is the issue.  Democrats actually hate the middle class, whatever its race or ethnicity.]

The Democratic Party is in shambles. Say what you will about the Republicans—they have problems too—but at least they’re a national party. … As the GOP licked their wounds and learned from their 2008 and 2012 defeats, the Democrats, smug, content, and insufferable, felt they had advantage for the next generation. They would run the table on national elections due to demographic shifts. Then, Hillary Clinton torpedoed that whole narrative. Time magazine delved into the state of the party, its hit to the mouth after Trump’s win, and noted that things look grim for this regional, shrinking party. As many other, including here, have noted—the Democrats have no leader, no message, dismal fundraising, and seem to be on the brink of civil war over issues on what actually makes one a Democrat.

This piece also cites that Democrats have to do what they think is not all that important: winning back white working class voters. … One rallying cry from the Left is that Clinton lost because she was more pragmatic, a centrist. She wasn’t left wing enough. … Yes, younger voters might like this direction, but this group, by and large, is huddled around cities and other urban areas. You cannot win an election, nor be a national force if just city dwellers vote Democratic. The 50 largest cities in the U.S. only make up 15 percent of the population. 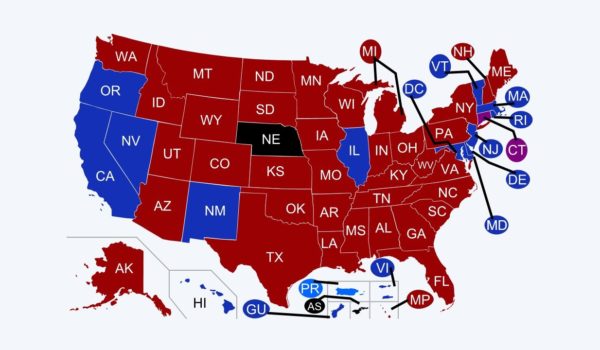