[Ed. – All in all, I’m really not sure the market is there for this.  Could be wrong, of course.  But there seems to be a shift in the zeitgeist that’s upending all of the entertainment and media folks’ “sure thing” calculations.  I know I have zero interest in it, although James Patterson is perfectly fine and always reliable for fun thriller-fiction.]

The former president and bestselling author James Patterson have selected Showtime to adapt their upcoming thriller, The President Is Missing.

The novel, set to be published in 2018, tells the story of a sitting U.S. president’s mysterious disappearance with the level of detail that only someone who has held the highest office can know.

We’re told the project was hotly sought after by studios and networks, with Clinton and Patterson doing a 16-meeting tour around Hollywood trying to select the right outlet. CBS chairman and CEO Leslie Moonves — who has a long-standing relationship with both Clinton and Patterson (the latter an executive producer on the CBS drama Zoo) — personally helped make the deal.

One surprise about the deal is that novel’s hook was presumed to be perfect for a theatrical film, or perhaps become a limited series. 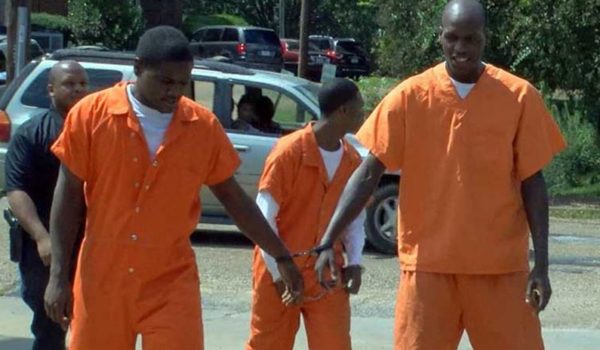 Four inmates break out of prison and rob a nearby store. What they do next is unexpected
Next Post
Orange County (CA): ‘End of world’ emergency broadcast stuns TV viewers