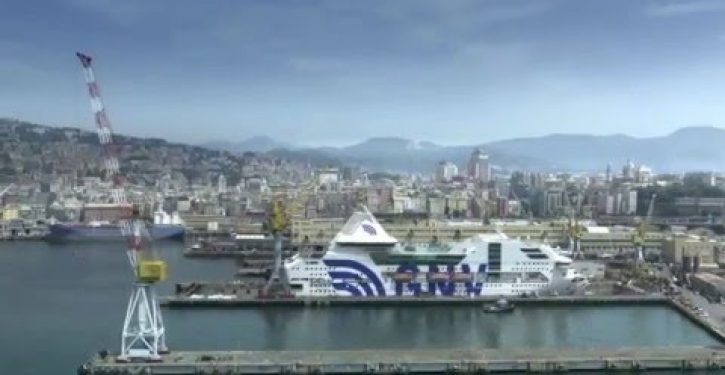 [Ed. – A riot police force of 16,000, some of which is being deployed to lurk offshore for the 1 October independence election, crosses the line from quelling unrest to putting down an insurrection.  16,000 riot police is an infantry division.  That said, of course, Spain is, essentially, trying to put down an insurrection, with the 1 October referendum having been declared illegal in Madrid, and the local Catalan leaders determined to go ahead with it anyway.  Catalonia, which includes Barcelona, has had a special, autonomous political status within Spain since Franco died in 1975 — but it has not had any functional independence from greater Spain for more than 300 years.  In a time of Really Big Deals, this is definitely one.]

Spain has discreetly hired ferries to be moored in the Port of Barcelona as temporary housing for possibly thousands of police specially deployed to keep order in rebel Catalonia and help suppress an illegal independence referendum.

The country’s interior ministry asked Catalan port authorities to provide a berth for one ship until Oct. 3 — two days after the planned vote — saying it was a matter of state, a spokeswoman for the port said by phone Wednesday. The vessel, known as “Rhapsody,” docked in the city about 9:30 a.m. Thursday, she said.

The aim is to amass more than 16,000 riot police and other security officers by the Oct. 1 referendum, El Correo newspaper reported on its website. That would exceed the number of Catalan police, the Mossos d’Esquadra, who serve both the Catalan and central governments.

Spain is putting more boots on the ground in the northeastern region as it arrests local officials, raids regional-government offices and takes control of payroll administration in the run-up to the referendum.