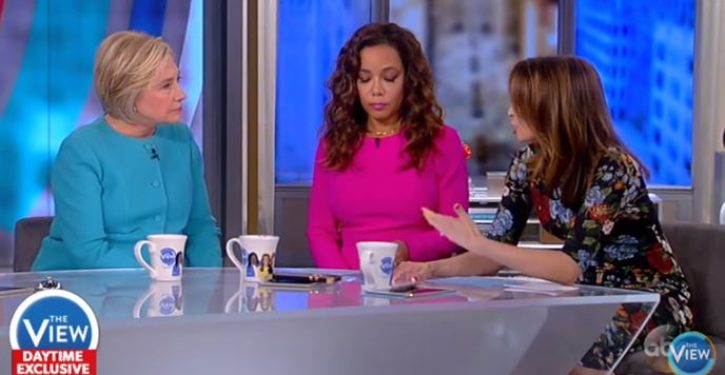 Jedediah Bila shocked audiences when she departed “The View” on Monday — and according to a source, this sudden departure may have something to do with Hillary Clinton.

Clinton was on the show last Wednesday promoting her book “What Happened,” with conservative Bila calling her “tone deaf” and asking the former presidential candidate a tough question.

“To be fair, it hasn’t just been Republicans who have taken issue with the writing of this book. Some Democrats have come out as well,” Bila said to Clinton. “Former campaign surrogates of yours, former fundraisers and said, ‘This book puts us in the past and we wanna move forward, we wanna figure out where to take this party, how to succeed in the future. And this places us in the past.’ How do you respond to Democrats also coming out in criticism of you writing this?”

“I think they first should read the book,” Clinton answered.

“There was a lot of staff who were upset about how that interview was handled,” says the source, speculating that “The View” wants the former secretary of state to appear on the show multiple times. “They had a lot to say to Jedediah about calming things down.”