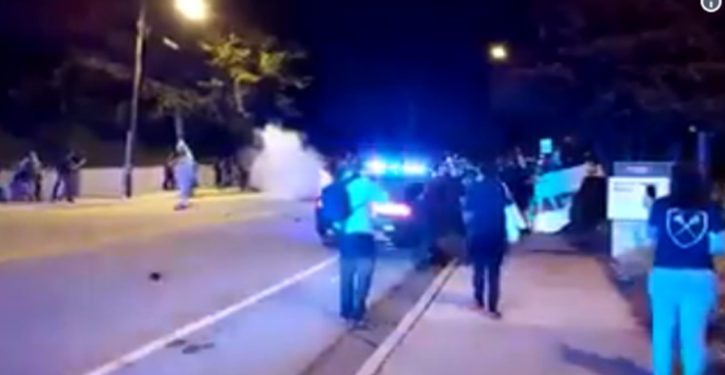 [Ed. – This is awful.  It remains a question in my mind why the student was approaching a campus police officer holding a knife.  Eventually I suppose we’ll find out someone’s version of the reason.  The students are naturally reacting with violent protests.]

Violent protests broke out on the Georgia Tech campus Monday night, with one police car set on fire, after a vigil for a student shot and killed by a police officer.

After the Monday night vigil, at least one protester reportedly tossed a flare into the police vehicle, setting it ablaze.

Video on social media showed smoke billowing from the police car, with crowds of people on the streets.