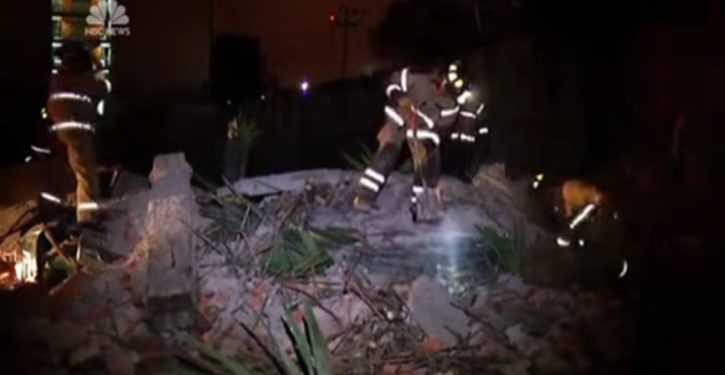 [Ed. – The death toll from the earlier 8.1 magnitude earthquake the night of 7 September had risen to 96 as of last Monday.  A lot of movement out there.]

A powerful earthquake jolted central Mexico on Tuesday, causing buildings to sway sickeningly on the anniversary of a 1985 quake that did major damage to the capital.

The extent of damage or injuries was not immediately clear, but people fled office buildings along the central Reforma Avenue.

The U.S. Geological Survey says it calculates the earthquake that struck central Mexico as magnitude 7.1.

It says the epicenter was near the town of Raboso, about 76 miles southeast of Mexico City.