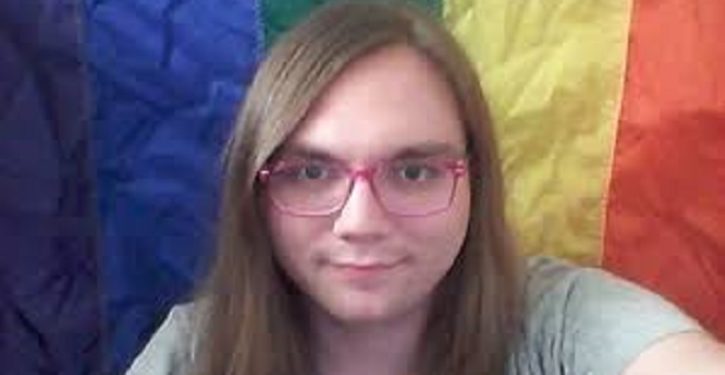 Campus police shot and killed a Georgia Tech student who they say was advancing on officers with a knife.

Scout Schultz, 21, refused to put down a knife and kept moving toward the officers early Sunday outside a dormitory, according to a statement from the Georgia Bureau of Investigation, using the given name, Scott.

WSB-TV reported that the item, still on the ground when the station arrived, appeared to be a half-open multi-tool without any tools extended.

Officers tried repeatedly to get Schultz to drop the knife, but he refused to do so, according to the GBI.

Two students shared video of the incident with the station. Officers can be heard repeatedly shouting, “Drop the knife!”

Aaron Thurston told the station, “He was yelling like, ‘Hey, shoot me!”’

However, that wasn’t audible in the video on the station’s website.

The fourth-year computer engineering student used the name Scout and preferred the pronouns “they” and “them” rather than “him” or “her.”

Maxine Waters to AG Sessions: How’s it feel to be dragged and humiliated like blacks you disrespected?
Next Post
Prof who was driven off campus for opposing ‘no whites’ day has his day in court