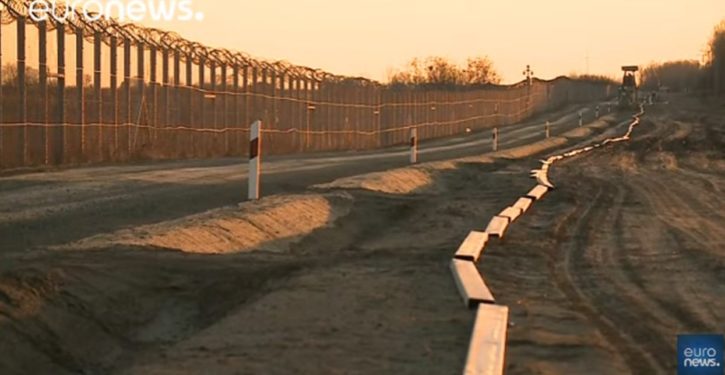 [Ed. – Technically, it’s a fence.  Quite a few nations have them on their borders now — including Mexico, on her southern border.  No nation has ever regretted building one.]

Hungary has slashed illegal immigration by over 99 per cent after rolling out a series of powerful border fences in response to the European migrant crisis, possibly providing a lesson as to the potential impact of constructing President Trump’s much-discussed southern wall in the U.S.

Speaking on the second anniversary of the government’s move to seal Hungary’s border with Serbia — which is also an external border for the European Union — Prime Minister Viktor Orbán’s Chief Security Advisor György Bakondi announced that the fences have caused illegal immigration to collapse from 391,000 in 2015, to 18,236 in 2016, to just 1,184 in 2017.

“The system of technical barriers is the key to the success of border security, and without it, it would be impossible to stop the mass arrival of immigrants”, the security chief explained.