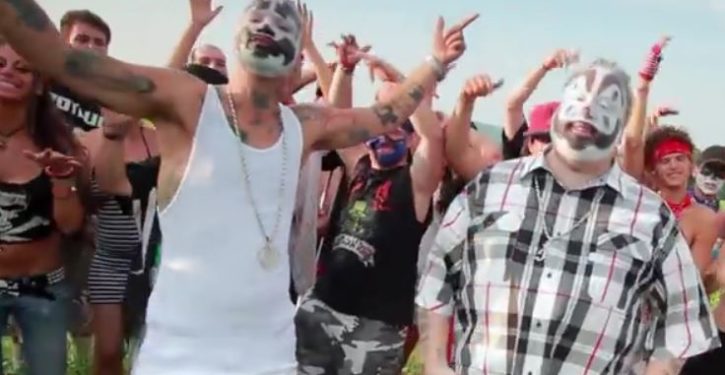 [Ed. – You say you don’t know what a juggalo is? Maybe that’s for the better.]

The FBI’s decision to classify fans of the band Insane Clown Posse (ICP), known as Juggalos, as a “hybrid gang” in 2011 is another entry in the United States’ long history of state repression and discrimination. After multiple attempts to fight this designation in court, the Juggalos will be marching on Washington, D.C., on Sept. 16, 2017. Metro DC Democratic Socialists of America stands in solidarity with the Juggalos, and all those targeted by law enforcement.

Juggalos have often been the subject of parody, but we cannot dismiss their treatment as a joke. Juggalos who display ICP logos or other fan markers have been detained by police, subjected to harassment, lost custody of their children and more. As socialists, we are no strangers to being targeted by the state: it was only this year that California moved to end a state ban on Communists in state government, and the Department of Homeland Security recently classified the work of antifa as “domestic terrorist violence.”