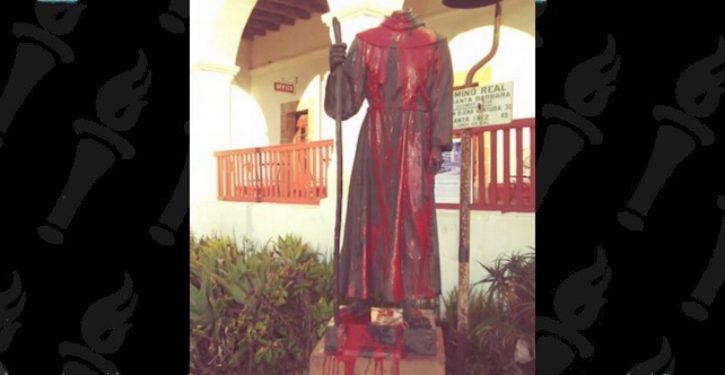 [Ed. – Once it begins, there’s no stopping mass hysteria.]

A statue of St. Junipero Serra at the Old Santa Barbara Mission in California has been decapitated and splashed with red paint. The bronze statue was vandalized overnight between Sunday and Monday.

An 18th century Spanish Franciscan, Serra is remembered in Catholic circles as the missionary who brought the faith to the West Coast of the Americas, having founded nine missions himself from San Francisco to San Diego, and he inspired the creation of twelve others after his death in 1784. He’s formally known as the “Apostle of California.”

It is estimated that during his ministry, Serra baptized about 6,000 native people.

He was beatified by Pope John Paul II in 1988, and canonized by Pope Francis during his trip to the United States in 2015.

When Pope Francis made Serra a saint, he said Serra “sought to defend the dignity of the native community, to protect it from those who had mistreated and abused it.”

Critics, however, associate Serra with human rights violations and the destruction of native cultures, among other things charging that natives at his missions who refused to embrace Christianity were often mistreated, including imprisoning them to prevent them from leaving.

Superman protects illegals from armed white supremacist in latest comic
Next Post
Cartoon of the Day: That’s what we’d like to know 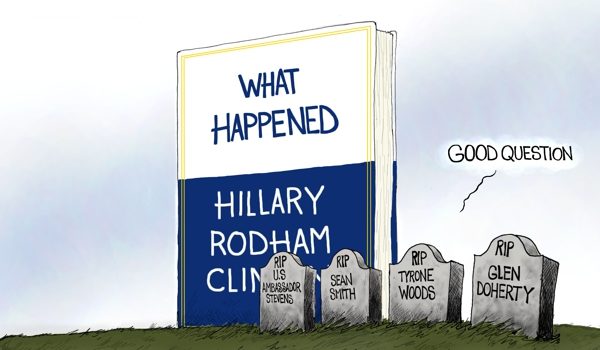