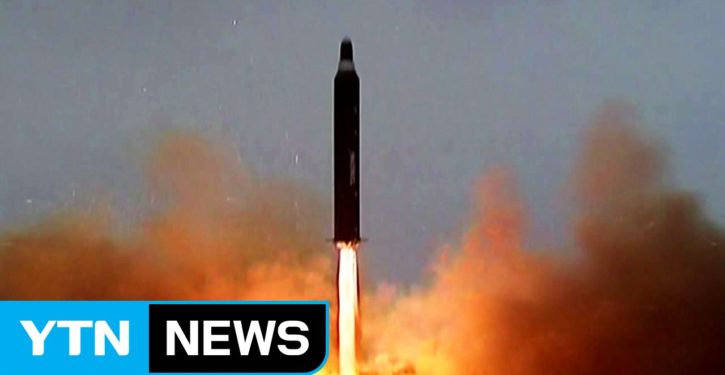 [Ed. – The booster power has been there for a couple of years to send a missile that far, but now North Korea is actually testing missiles with successful trajectories that take them that far.  There is little time left until Kim will have a proven capability to attack North America with a nuke.]

For the second time in a month, North Korea has launched a missile over Japanese airspace.

Japan’s public broadcasting network NHK reported that the missile passed over Japanese airspace near Hokkaido, the same prefecture under which a KN-17 intermediate-range missile travelled on August 28, and ultimately landed in the Pacific Ocean.

The launch is the 14th missile test conducted by North Korea in 2017. On September 3, North Korea said it tested a hydrogen bomb, leading to sanctions being passed against the country by the United Nations Security Council on Tuesday.