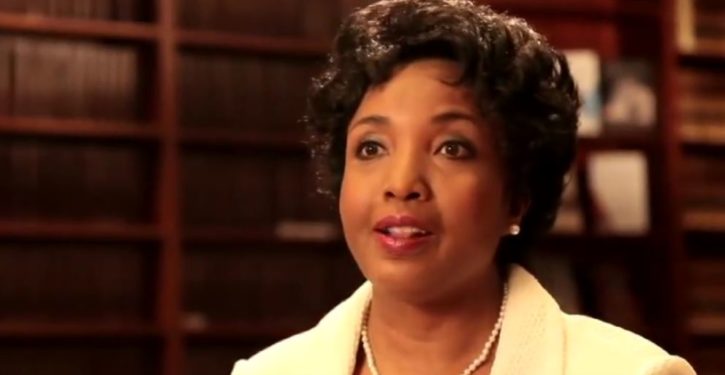 [Ed. – Swain says she wears the mud slung at her as a ‘badge of honor.]

What landed me in the SPLC’s crosshairs was a Sept. 10, 2009, Huffington Post blog entry titled “Mission Creep and the Southern Poverty Law Center’s Misguided Focus.” I pointed out the SPLC’s silence about video footage released after the 2008 elections showing members of the New Black Panther Party, decked out in full paramilitary regalia, patrolling a polling precinct in Philadelphia where they were clearly intimidating white voters.

Although several news organizations covered the story, the SPLC ignored the incident. At the time, the law center was spending an inordinate amount of time attacking then-CNN host Lou Dobbs for his relentless focus on illegal immigration. It demanded that CNN fire the anchor. After CNN and Mr. Dobbs parted ways, the SPLC took credit for getting him off the air. I ended my post with a one-liner that raised the ire of the organization and had a devastating effect on my life. I wrote: “Rather than monitoring hate groups, the Southern Poverty Law Center has become one.”

The SPLC’s retaliation was vicious and effective. On Oct. 17, 2009, my photo appeared on the front page of my local newspaper, the Tennessean, with the headline “ Carol Swain is an apologist for white supremacists.”

Watchdog group files complaint against Robert Mueller asking that he be removed as special counsel
Next Post
Dems like background checks for gun purchases, so why not extend practice to voting?