[Ed. – Your thigh-slapper for the day.  You’re welcome.  Emphasis in original.]

The second question focused on Democratic party. Clinton blamed Bernie Sanders for not immediately endorsing her as the candidate, before shifting the blame to right wing media “propaganda channels” as the real problem Democrats face:

I think we face a number of obstacles. The other side has dedicated propaganda channels.That’s what I call Fox News. It has outlets like Breitbart, and you know crazy InfoWars and things like that. In this particular election, it was aided and abetted by Russians and the role that Facebook and other platforms played. We are late to that.We did not understand how a reality TV campaign would so dominate the media environment.

I think the Democrats can do a lot, but they’re still going to face a very difficult media environment. And we’ve got to figure out how we’re going to break through.I mean obviously more podcasts, more other ways of communicating so voices can be heard and real positions can be understood is part of it.

“But we’re still at a disadvantage,” she whined.

After some more questions about the Democrat party, Clinton brought up the right’s alleged “media advantage” yet again…

Study: Hundreds of non-citizens registered to vote in NJ – many unwittingly
Next Post
Like clockwork: How the ‘Russian trolls on Facebook’ theme links to a ‘Clinton Cash’ oligarch 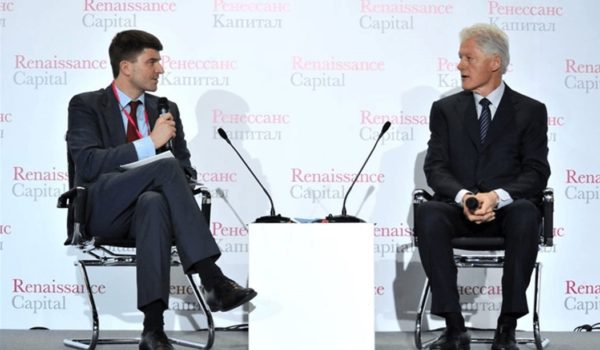