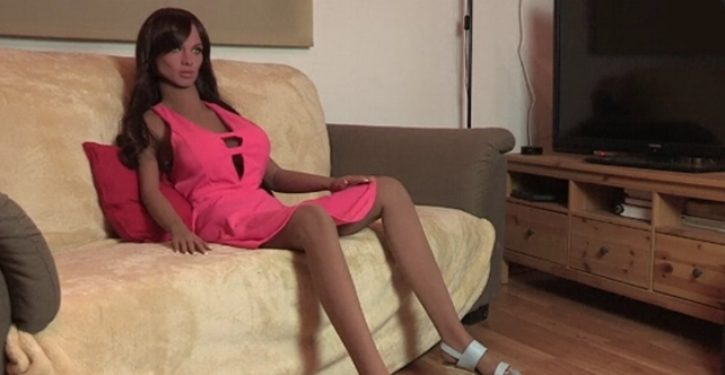 A cybersecurity scientist has issued a bizarre warning that sex robots could one day rise up and kill their owners if hackers can get inside their heads.

Last month, tech billionaire Elon Musk claimed that artificial intelligence could take over the planet, and he’s not the only one concerned about the dangers of killer tech.

With sex robots becoming increasingly popular and sophisticated, cybersecurity lecturer Dr. Nick Patterson revealed that the lifelike dolls could end up going all “Terminator” on us.

However, in the case of sex robots, the danger isn’t that the love dolls will end up developing minds of their own, “Westworld”-style.

Instead, the risk is that hackers could breach the realistic robots’ inner defenses and catch their owners with their pants down.

Patterson told Star Online that hacking into many modern-day robots, including sexbots, would be a piece of cake compared to more sophisticated gadgets like cellphones and computers.

The tech expert, from Australia’s Deakin University, said: “Hackers can hack into a robot or a robotic device and have full control of the connections, arms, legs and other attached tools like knives or welding devices.