[Ed. – Maybe this helps offset our exciting new milestone: a $20 trillion national debt.  Which, as alert readers will be anxious to point out, covers only the accumulated debt — but not the sum total of unfunded obligations in Social Security and Medicare.]

Has anyone noticed — through the fog of Russia, James Comey, Charlottesville and now two monster hurricanes — that the U.S. economy is booming faster than it has since the late Clinton years?

It is undeniable. In the last year of the Obama administration, the economy was decelerating, with a dismal 1.6 percent growth rate. The economy revved up to a 3 percent growth rate in the second quarter this year. And some recent estimates for third-quarter GDP indicate even brisker growth, around 3.4 percent.

It’s easy to read too much into short-term trends, and, yes, they can turn on a dime. But the new bounce in the step of the economy is confirmed by many other indicators, almost all of which point straight North. The Dow Jones industrial average is up more than 3,000 points (starting with the 257-point rally the day after the election), and the net wealth of Americans — mostly through their pension funds — has increased by more than $4 trillion.

Last month the University of Michigan, which tracks consumer sentiment, reported that confidence soared to near its highest level in at least a decade. 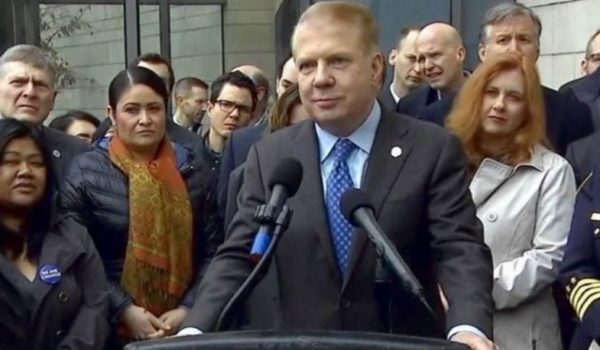