[Ed. – Sounds like a personal problem to me.  Seriously, this woman was never ready for prime time.  Maybe there remains an audience sympathetic to complaints like this, but it’s got to be dwindling at this point.]

Hillary Clinton was “discombobulated” by Donald Trump standing behind her at the second presidential debate in October, the former Democratic candidate acknowledged in an interview to promote her new book.

“It was so discombobulating,” Clinton in an interview that will be aired on CBS this Sunday.

In her forthcoming narrative of the election, “What Happened,” Clinton reviews how she lost to Trump. In Sunday’s interview, she pointed to that moment, one that attracted significant social media attention at the time, as a possible instance in which she may have missed an opportunity. The former secretary of state has been criticized for shunting blame for her lost to other people and outside circumstances.

While she described Trump as a “creep” for stalking behind her onstage at the St. Louis debate while she tried to answer an audience question, Clinton acknowledged that she wasn’t sure how to respond. 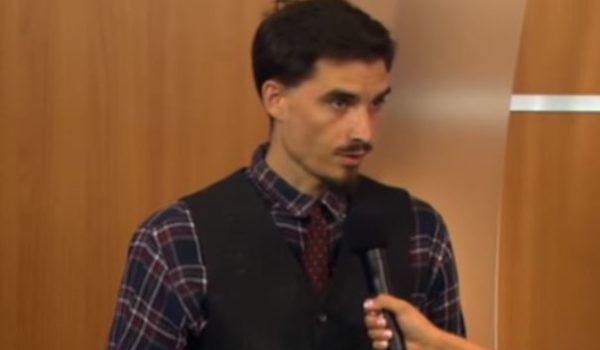 To show plight of illegals, lib asks question at townhall that could lead to criminal charges
Next Post
Not good: Senate defense funding bill would expose, imperil contractors’ intellectual property