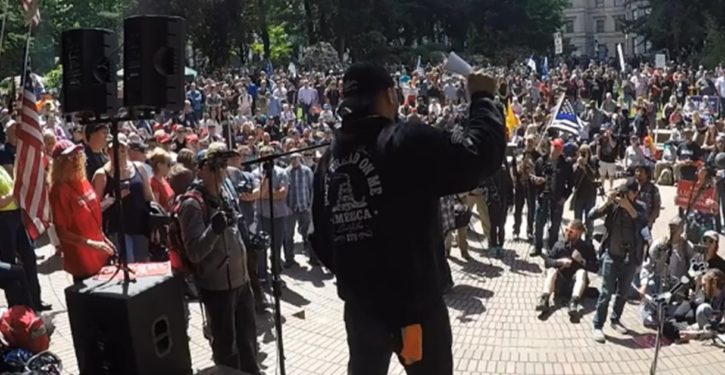 [Ed. – The Patriot Prayer group is none of the following: white supremacist, Nazi, or KKK.  As Rick Moran notes, Patriot Prayer wasn’t savvy in the beginning about warning off extremist elements from its free speech rallies.  But it has gotten smarter, and told them firmly not to come today (Saturday 26 August).  However, the threat from Antifa was very real.  Patriot Prayer ended up calling off its rally because of Antifa.  Emphasis added.]

A free speech protest planned for today by the group Patriot Prayer was cancelled by the organizer, Joey Gibson.

An anti-Communist protest planned for tomorrow in Berkeley has also been scrubbed.

The reason for the cancellation of both rallies is the threat of radical leftist violence. And in both cases, the police could not be trusted to ensure the safety of rally participants. …

[T]he free speech demonstration came under withering attack from politicians like Nancy Pelosi, who referred to the peaceful Patriot Prayer group as “white supremacists.” Antifa also made it clear that they were ready to engage in violence.

Joey Gibson, founder of the Patriot Prayer group, said in a Facebook Live post that his group had been working with police and “decided that Saturday’s rally seems like a setup.” The group had planned to hold a “Freedom Rally” at Crissy Field Beach in San Francisco.

“It doesn’t seem safe, a lot of people’s lives are going to be in danger tomorrow,” he said during an interview with Unite America First. … 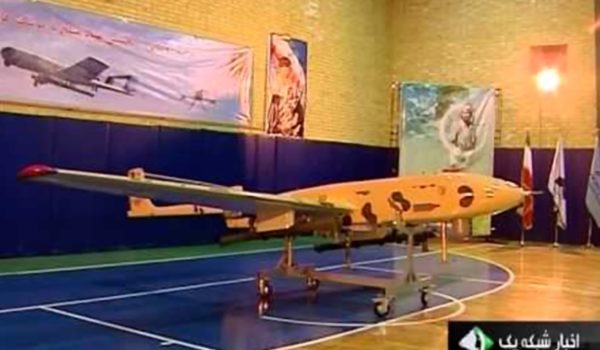