[Ed. – Part of a shift in patterns, apparently, as Greece and Italy try to tighten their maritime borders, and Eastern Europe erects barricades (literally).  Spain has seen a dramatic surge in migrant arrivals this year.  The maritime smuggling into Britain is leaving from France, it seems.]

Officials have warned of a new ‘back door’ illegal migration route opening and a wave of asylum seekers boating to the UK after a group of Iranian migrants arrived on British shores in a rubber dinghy.

The four Iranian men were seen stepping off a ‘rigid inflatable’ vessel by a member of the public in the early hours of Tuesday morning at Dover’s Shakespeare Beach, the Daily Mail reports.

They were arrested on the beach by Kent Police, handed over to border officials, and entered the UK’s immigration system.

According to the newspaper, at least 20 boat crossings and attempted crossings have been reported in the last 16 months. The majority involved migrants from Iran, as well as the Ukraine and Albania.

Conservative MP for Dover and Deal Charlie Elphicke said evidence was gathering that an “Iranian trafficking network” is operating along the route from France. 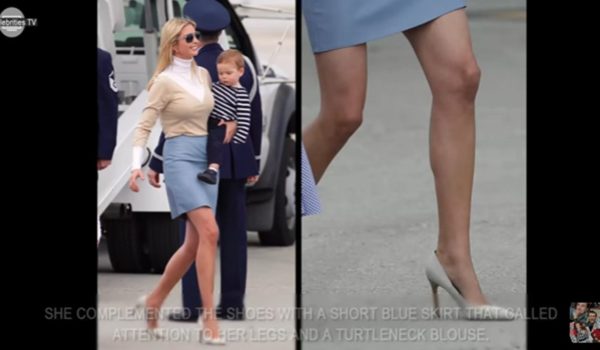 Trump women in their stiletto heels: ‘Beautiful, horrifying’
Next Post
More registered voters than there are in eligible population – and the numbers are interesting