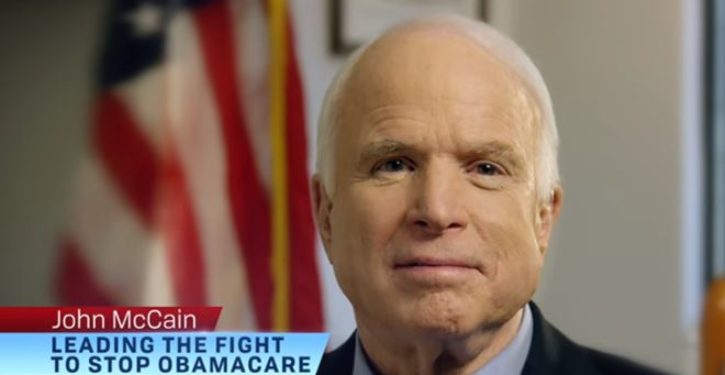 [Ed. –Maybe he meant leading from behind — whatever that silly slogan was supposed to be mean.]

On Thursday, Senator John McCain acted palsy-walsy with Senator Chuck Schumer (D-NY) as he cast the decisive vote against the “skinny repeal” of Obamacare, helping scuttle the bill.

But in 2016, McCain posed as an ardent foe of Obamacare in his reelection fight, as he targeted Congresswoman Ann Kirkpatrick for her support of Obamacare. McCain even released a campaign ad decrying Kirkpatrick while posturing as a committed foe of Obamacare as the voiceover intoned, “John McCain is leading the fight to stop Obamacare.”

McCain said on the Senate floor this week:

Incremental progress, compromises that each side criticize but also accept, just plain muddling through to chip away at problems and keep our enemies from doing their worst isn’t glamorous or exciting. It doesn’t feel like a political triumph. But it’s usually the most we can expect from our system of government, operating in a country as diverse and quarrelsome and free as ours.

As Guy Benson noted at Townhall:

To recap, the goal is often attaining modest, incremental progress. … Presumably those lessons would apply to fixing a “mess” of a healthcare system, which is why he supported … [u]ntil he didn’t. 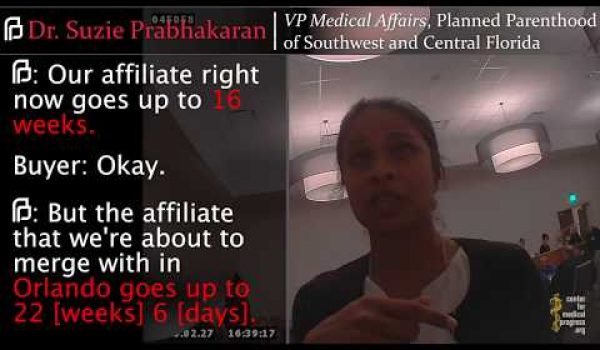