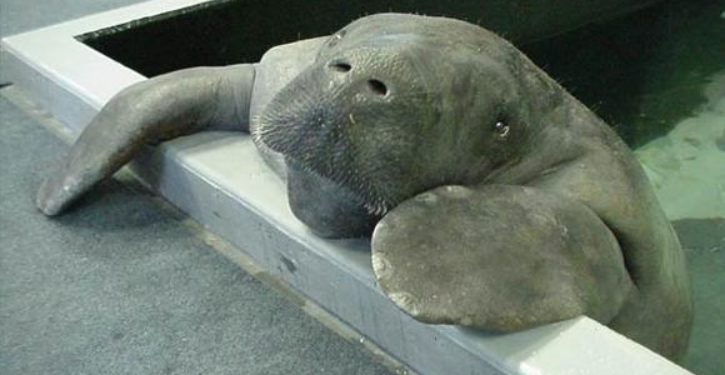 Hours after the death of Snooty, the world’s oldest known manatee, someone began circulating a Change.org petition calling for a Confederate memorial statue to be replaced with a statue of the beloved manatee.

“Snooty the Manatee has been a symbol of Bradenton, FL for almost 70 years. He suddenly passed away on July 23rd 2017 and was the oldest living Manatee on record in the world. Subsequently, there is a Confederate memorial statue that stands directly in front of the old courthouse just blocks away from the aquarium where Snooty resided. To honor Snooty’s legacy as a positive icon in Bradenton, I propose that the negative symbol of racism and oppression that is the Confederate monument be relocated and replaced with a statue of Snooty the Manatee,” said the petition’s author Anthony Pusateri.

Thus far, the petition has 84 supporters, more than 100 signatures short of its goal. Pusateri says it will be sent to the mayor and other city officials.

Pusateri suggests the statue be “moved to a museum (or other more appropriate location) out of the everyday public eye and a more positive symbol then take its place.”